Skip to content
Home » The Blog! » Ugly House thoughts » Community Spirit! A reason to join in the local community!

Community Spirit! I think it is important that wherever you chose to make your home, you become part of the the community, especially when you piss the community off for 18 months whilst trying to transform your house into something less ugly. During the build, large deliveries would regularly stop the traffic.  Mothers on the morning school run would be held up for at least five minutes. Judging by the moaning and screeching of tyres when the obstruction was removed, I suspect that we were not the reason they were irate and late! My son was angrily told by a class mate that he would be ‘glad when your bloody build is finished’ so that he could get to school in time.  Out of the mouths of babes, aye?! The build has been finished for 2 years and his friend is still late every day! There’s community spirit. 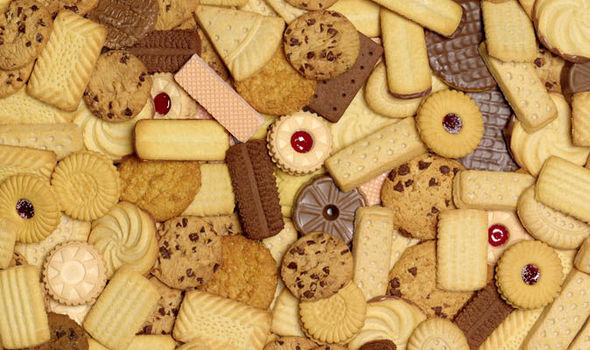 In the vein of community spirit, I joined the local high school as a governor. It is a nice way to see if my daughter’s educational prospects are on their way to hell in a hand cart. Hopefully they are not, and if they are the school is not to blame. I’m impressed by the local High School and I enjoy going to Governor meetings. I don’t get out much and best of all, they give you biscuits.

I was asked this week to do a presentation, along with the Chair of Governors to a group of newly qualified and trainee teachers on ‘the role of governors’. I thought this was a good idea. I taught for 18 years, and it was only when I was in senior leadership that I had any idea of what a governor of a school did. I had been appointed to the role of Assistant Headteacher at a very challenging school a matter of weeks, when I was asked if the Chair of Governors could come in to observe my history lesson with 8J4. I didn’t want to be in those lessons, let alone invite guests to observe. Just to give you a flavour of 8J4, when I was heavily pregnant one of the girls, who had not turned up for a few months, came to my lesson, took one look at me and called me a fat C**T. Nice! I objected to being called fat! Another of 8J4 punched the wall far too close to my head. I comfort myself in thinking that he was aiming for the wall, aided by his very thick glasses. Collectively, the class smelled quite strange too, although that may have been my own nervous flatulence.

I didn’t have a community minded governor tell me as an new teacher that governors are not there to pass judgment on a lesson observation. Governors are there to make sure others are passing appropriate judgment on your ability to teach. Had I known this I might not have been so horrified by the Chair’s visit to 8J4. It went as planned. I was 10 minutes in to exploring the causes of the French Revolution when a student stood up and throwing his chair (thank fully not the Chair of Governors) to the floor, said ‘this is fucking shit’ and left the room. I was inclined to agree with him but felt obliged to stay until the bell went.

At the end of the lesson the Chair of Governors, an elderly and very neat man with a beige suit on, politely thanked me and said ‘I think the concepts of the French Revolution are a little too challenging for the class’. I was not so sure. They seemed to encompass the revolutionary cry of Liberté, égalité, fraternité against the nobility (in 8J4’s case, me!) remarkably well. Surely the departed student was simply exercising his right to liberty?!  I did, however, immediately campaign rigorously in the staff room to have The French Revolution removed from the national curriculum.  Luckily for me, the Chair of Governors was no longer with us (not 8J4’s fault or mine, I’m sure) when I went for promotion to Deputy head. Governors have to approve appointments and promotions!

Sometimes, your impact as a teacher isn’t really appreciated immediately. It was months later that I realised that students had learned something in those French Revolution lessons. It was December. I was out having a meal on a Saturday night when my phone rang. It was the school alarm monitoring serve to tell me the School was on fire. It really was all my Christmases at once. I explained that as I did not have the capacity (or the inclination ) to put fires out, they should phone the fire brigade instead. It was because I was a key holder that they wanted me to attend. As I had already cracked open the champagne I was unable to drive there. Perhaps I should have explained that the school being on fire and the Champagne were not connected. Not the first bottle anyway!

Turns out the arsonists were two of my star pupils from 8J4. The lead instigator was none less than the chair flinging libertarian! Fed up with school and the system, they decided to start their own revolution. They didn’t quite articulate the influences of the French revolution and my excellent teaching as their inspiration for burning a hole in the sports Hall roof but I think it is no coincidence that The French Revolution was finally taken off the curriculum shortly after. I was sad that I couldn’t relay this successful outcome to the deceased Chair of Governors!

I perhaps should have told the story this week when I talked to the newbees this week. I’m not sure whether it would have allayed their fears of having me or the Chair of Governors in their lesson, or made them feel better if they had delivered a less than outstanding lesson that day. Either way, I am ingratiating myself into the community, spreading wisdom and eating the biscuits.

One thought on “Community Spirit! A reason to join in the local community!”